SummerSlam is slightly less than two months away, but WWE apparently has two major matches already penciled in for the event.

According to the Wrestling Observer, the company has a plan for two of its top titles, the Raw Women’s Championship and the WWE Universal Championship.

At Money in the Bank, Ronda Rousey unsuccessfully challenged Nia Jax for the Raw Women’s Championship. The reason behind it: Alexa Bliss cashed-in her freshly won briefcase to become champion. The following night, Rousey attacked Bliss, earning a 30-day suspension in the process. It was announced that night that Nia Jax would get a rematch with Bliss at Extreme Rules. 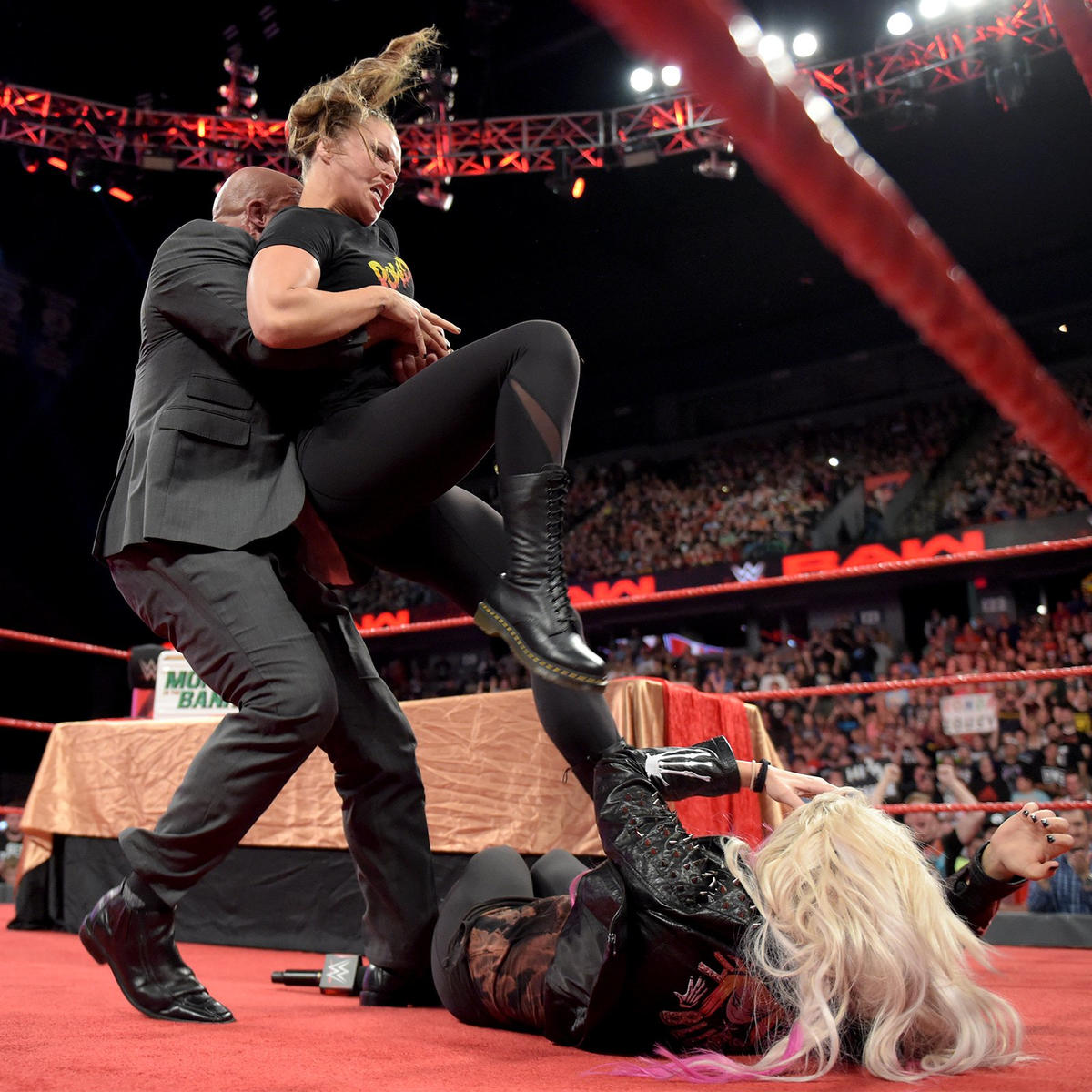 So where does this leave Ronda? Well, if the Observer is to be believed, “The Rowdy One” will get another shot at the title, come August. It’s expected Bliss will retain over Nia at Extreme Rules and will have to fend off an upset Rousey when SummerSlam rolls around.

Also in the report are the current plans for the Universal Championship at WWE‘s second-biggest show of the year.

Brock Lesnar has not defended the belt since April 27th at the Greatest Royal Rumble and will not defend at Extreme Rules, either. Instead, his next bout will come at SummerSlam and his opponent is a familiar one: Roman Reigns.

That’s right, WWE‘s most “polarizing” figure will get another shot at Lesnar’s championship in Brooklyn.

For Reigns’ detractors, though, it’s not all bad news. Meltzer speculates that Monster in the Bank, Braun Strowman, will cash-in his newly won prize and walk out of the Barclay’s Center as champion. So, once the crowd’s chants for literally anything other than the match in front of them end, it’s possible Strowman will come out to claim the title.

Are you excited for SummerSlam? What are your thoughts on the expected matches? Let us know in the comments below or get in touch with us on Twitter.