Buck recently confirmed reports that he had been working with AEW following his WWE departure. 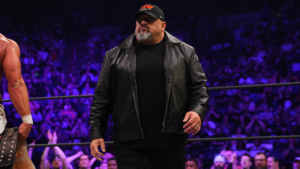 In WWE, Buck was a notable producer, but also worked in Talent Relations, acting as a liason between WWE and independent names for work as extras/enhancement talents.

The former WWE producer helped to put together the Charlotte Flair vs Ronda Rousey, and Roman Reigns vs Brock Lesnar matches at WrestleMania 38. He confirmed that he was leaving WWE the night after WrestleMania Sunday.

There have been over 10 on-screen names let go in 2022 so far, which you can read more about right here.

37 mins ago by Amanda Savage