According to Tony Khan, there is a great reason for having introduced the All-Atlantic Championship to AEW.

After a whirlwind debut of not only the Championship title belt but also the tournament to crown the first winner of the new AEW All-Atlantic Championship last week, Tony Khan chatted with Connor Casey of Comic Book about the new title.

Speaking to Connor Casey of ComicBook, Khan commented on the addition of the titles, saying:

“It’s a heavy emphasis on international competition, but the US can get involved in the competition. And I think it’s a great way to spotlight a lot of the international wrestlers in AEW, and the international presence that AEW’s developed over the years now with our shows on in 130 countries around the world and great ratings in so many huge international markets, including every week finishing as the number one wrestling company in the UK and our ratings there continue to rise. 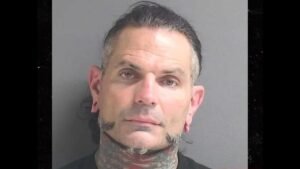 Elsewhere in the chat, Khan also discussed goals for Ring of Honor to return to weekly television schedule as well as commented on CM Punk who last week underwent successful surgery.

“I can’t comment on his return timetable. I’m very hopeful and optimistic though, and his surgery was successful, and he’ll be back. I don’t want to put an exact date on it and put any expectations on him. But I do think we’re very optimistic about it and I think Punk is optimistic about it too, which is great.”

All Elite Wrestling continues to prepare for the next major pay-per-view on its schedule, the inaugural AEW x NJPW Forbidden Door coming to fans live from Chicago, Illinois on Saturday,  June 26th, 2022.

You can find out all of the details for the show by clicking here.

60 mins ago by Amanda Savage