WWE has announced that the company will be returning to London on Wednesday, August 29, for a special live event presented by WWE 2k19 at the 02 Arena.

The matches that have currently been announced are as follows: 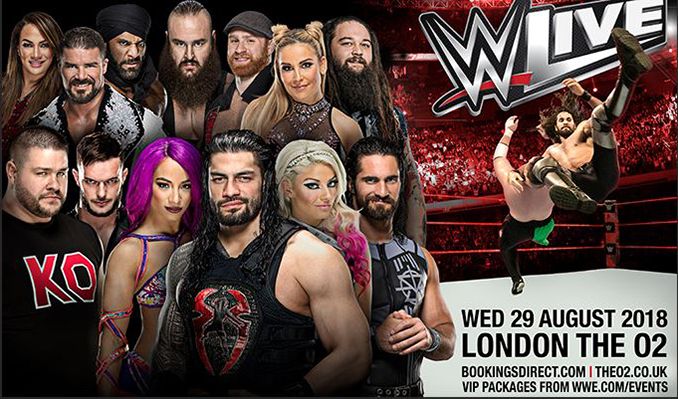 It is unclear at this point if the match between Cedric and Gulak is going to be for the WWE Cruiserweight Championship, although this seems to be the case given their upcoming SummerSlam match.

It should be noted that the card is subject to change, according to the O2 Arena website. This could mean a few things for the event, aside from the actual matches and participants themselves changing.

Depending on the outcome of the Roman vs. Lesnar match this Sunday, the WWE Universal Championship could be added to the Roman vs. Strowman match. The same logic may also apply to the tag team match between The Revival and Titus Worldwide if The Revival defeat The B-Team at Summerslam.

Tickets can be purchased through WWE.com or axs.com.

Will you be attending WWE Live in London? Which match are you most excited about? Could we see a possible title change? Let us know in the comments, on Twitter or on Discord today!