During the show, Bliss & Morgan defeated Nikki ASH & Doudrop in a tag team match to qualify for the women’s Money in the Bank ladder match.

USA Network took to Twitter to ask fans what they thought the new tandem should be named. 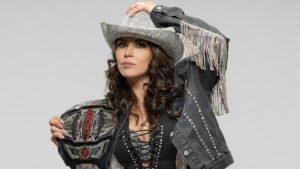 Bliss recently noted that she thinks a tag team run with Morgan would be ‘a lot of fun’.

Following WWE Raw, three competitors have been determined for the women’s Money in the Bank bout, and one name has been confirmed for the men’s.

You can view the updated line-up for the July 2 Premium Live Event right here.