During the BKFC 30 event, Cargill walked Lorenzo Hunt to the ring for his BKFC Cruiserweight Championship fight against champion Quentin Henry.

Hunt ultimately won the bout via knockout, and now holds both the promotion’s cruiserweight and light heavyweight world titles.

Cargill admitted that she wants to give bare knuckle boxing a go after watching Friday’s event, tweeting:

BFKC is wild. Almost every match was a KO. 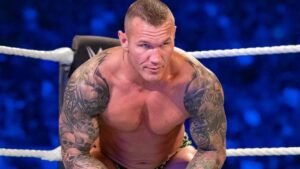 Cargill is undefeated in singles competition in AEW, with the All Out 2021 Casino Battle Royal being the only match in her career that she hasn’t won. She became the inaugural TBS Championship in January and most recently defended the gold against Diamante at Rampage: Grand Slam.

Ahead of Rampage: Grand Slam, Cargill and hip-hop megastar Cardi B had a fun Twitter interaction.

Cargill has now successfully defended the gold on 12 occasions, the record for any single championship reign in AEW history.

Stay up to date with every AEW title change of 2022 using our tracker at this link.

You can watch a clip of Cargill’s appearance at BKFC 30 below:

👑💪The Juggernaut walks out for his fight with the @AEW TBS Champion, @Jade_Cargill as #BKFC and #wrestling champions join forces.#BKFC30 is LIVE on #FITE: https://t.co/vmXMQist5T#AEW #BKFC pic.twitter.com/xDy0deUxgc

53 mins ago by Ryan Coogan