WWE Hall of Famer Nikki Bella is set to feature in a new Nickelodeon competition series that will be simulcast next month across three channels.

You’ll be able to catch the Nickelodeon Slime Cup next month on Saturday, June 25 when four teams of three, consisting of one professional golfer paired with a celebrity and a Nickelodeon star to see who can survive a “Nick-ified” golf course. 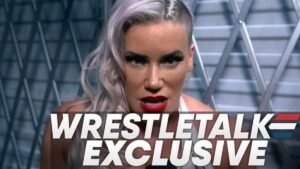 It has not been confirmed whether or not the Bella Twins will be entering the upcoming tournament to crown new WWE Women’s Tag Team Champions but they also have not yet explicitly denied it, so I will continue to attempt to manifest it!

Below is a press release regarding the series from Nickelodeon:

HOLLYWOOD, Calif., May 31, 2022 /PRNewswire/ — Nickelodeon delivers a tee-rific golf competition with Nickelodeon Slime Cup, a brand-new special produced with key members from the team behind the popular made-for-TV golf franchise, The Match. The hour-long special will feature four teams as they compete on a “Nick-ified” golf course to reach an unpredictable final round taking place inside the iconic Rose Bowl stadium. Nickelodeon Slime Cup will simulcast on Saturday, June 25, at 8 p.m. (ET/PT) across Nickelodeon, TeenNick and Nicktoons.

With one-of-a-kind tee boxes, far-out fairways and greens, physical challenges, and lots of slime, the special will culminate with “The Unfairway”–the final hole where players battle it out to win the ultimate Nickelodeon Slime Cup, a Nick orange blazer and the epic honor of getting slimed.

Nickelodeon Slime Cup will feature four teams of three that consist of a professional golfer, a celebrity and a Nickelodeon star. Nick stars Gabrielle Nevaeh Green and Young Dylan, and CBS Sports’ play-by-play announcer Noah Eagle will provide commentary in the booth and bring the same perspectives they brought to the NFL Wild Card Game on Nickelodeon, while actors Jerry Trainor (iCarly) and Hunter March (Betch) serve as sideline reporters.

The following teams will compete in a two-round tournament, with holes inspired by fan-favorite Nickelodeon shows.

Nickelodeon, now in its 43rd year, is the number-one entertainment brand for kids. It has built a diverse, global business by putting kids first in everything it does. The brand includes television programming and production in the United States and around the world, plus consumer products, digital, location-based experiences, publishing and feature films. For more information or artwork, visit http://www.nickpress.com. Nickelodeon is a part of Paramount’s (Nasdaq: PARA, PARAA) global portfolio of multimedia entertainment brands.