MLW President Court Bauer has revealed that he wants to do an all-women’s show as a goal for his new featherweight division.

Speaking with Fightful’s Sean Ross Sapp, Bauer discussed the MLW women’s division, including explaining why it is called the featherweight division and the goal of holding an all-women’s show as the endgame for the division. 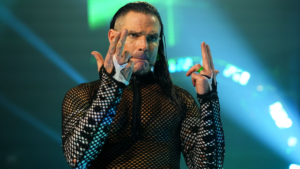 “The first champion will be crowned in Philadelphia. Taya Valkyrie versus Holidead. I think a lot of people think we’re having a cutesy name for the featherweights, that’s an actual weight class in boxing and MMA. There’s bantamweight, strawweight, featherweight, there’s all these, welterweight. We did that because we want to have multiple weight class divisions, just like we have with the men. It’s not trying to say or trying to define women by weight. It’s just in fighting we try to lean into the combat sport end.

Court Bauer went on to discuss the potential of an all-women’s event for Major League Wrestling, saying:

“Well, yeah. That’s the endgame for us. When we have our media rights discussions, the primary series, it’s talking about live specials, then the offshoot opportunities. We want to be able to do a women’s show. We think it’s very possible,” Court says. “They deserve their own time, not to have to share. I’d love to have it. I think it would be an awesome show. I think it would have a distinctly different feel to it. I think it’s just a matter of a partner to support it and if we have a partner that wants it, man, how many hours do you want?”

Bauer also recently revealed that former WWE star Lince Dorado is set to debut for MLW at their upcoming event in Philadelphia on May 13.

Update On Mance Warner Status With MLW Ahead Of AEW Debut