WrestleTalk will be providing live coverage of the WrestleMania go-home edition of WWE SmackDown. Triple H has said that Roman Reigns will be pulled from WrestleMania in a unique way. Will we see that tonight?

Here’s what is advertised for the show:

John Cena to address The Fiend

John Cena is out schilling as a company man. He’s putting over the no crowd and selling how no one knows what is going to happen this weekend.

People know. It’s been taped. If they are telling, then they’ll get fired.

John Cena says no one knows what a Firefly Fun House match is. Not even Bray Wyatt.

The last couple of minutes John Cena turns up the intensity. He accepts. Then it gets weird. The Fun House characters surround the ring and tell Cena he’s going to be destroyed.

Then they pull some Matt Hardy hocus pocus. The Fiend is on the stage where Corbin murdered Elias last week.  Then the camera flashes and Bray Wyatt is right behind Cena.

Wrestling has seen a lot of teleporting her of late. See you tomorrow night for live coverage of WrestleMania!

It’s too bad it’s not 2014 and WrestleKingdom. This match would have gotten over huge back then. Now, it’s just a random filler match on a SmackDown match to further an angle between Bryan and Zayn.

I understand why he did it, but Nakamura’s WWE run has not built on his Japanese heritage.

This match was going fine for a SmackDown TV match, but in the end, Cesaro gets involved. We get our second DQ in a row.

After the match, Zayn, Nakamura, and Nakamura beat down Gulak and Bryan. The beat down is very effective. Old school wrasslin logic says when the group of heels beats down the face, the face is winning at the pay-per-view.

The other option is Gulak turns on Bryan and joins Zayn.

Tucker is facing Dolph, next. However, Otis gets a text from presumably Mandy. He’s off. Whatever, this text message/static thingy is, it might come to a head this Sunday.

Tucker doesn’t have the charisma of Otis, but his moveset is definitely wider. He reminds me a lot of Mongo McMichael.

I was wrong. It came to a head tonight. Ziggler hit a zigzag on the steps. It caused a DQ.

Ziggler was going to attack. Mandy and Sonya stop him. Then the static hit.

A hacker comes on and says “The Truth will set you free.”  Then he hits enter and shows that Sonya sent Otis the text and deleted it. It was a plan all along.

Sonya and Dolph were in it together. The hacker figure looked a lot like Mustafa Ali in a hood. Guess he’s bringing the truth to light.  Kind of a cool way to reveal everything.

Ric Flair vs. Shawn Michaels is up next

FYI…Ric Flair is quite possibly this writer’s favorite wrestler of all time. I went to this WrestleMania just for this match. It’s always good to watch this one again.

Early on, 1. Shawn Michaels definitely could be guilty over overselling. However, that moonsault onto the table had to hurt.

2. JR on commentary back in the ’90s and ’00s is so much better than Michael Cole it’s not even funny.

This match wasn’t a technical masterpiece, but these two told a great story in the ring.

That first Superkick connected flush. And we got a great leg slap too.

I forgot that Michaels screwed up the application of The Figure Four. He didn’t screw up that final bit though.

The last bit of that match is what makes wrestling so special. Storytelling through physicality.

In my opinion, Ric Flair is the best heel the business has ever seen.

We’re getting a 3-way between Naomi, Lacey Evans, and Tamina. Just what I’ve always wanted.

Sasha and Bayley are on commentary. Michael Cole asks to be on Banks’ next rap album. I think this would be fantastic.

Sasha is channeling her inner Smurf or Avatar and is in full blue. After some interference by Bayley, Tamina picks up the win.

That was a match. WWE is trying to make Tamina look like a threat considering she hasn’t been on television in forever.  However, Sasha has to win, Right? 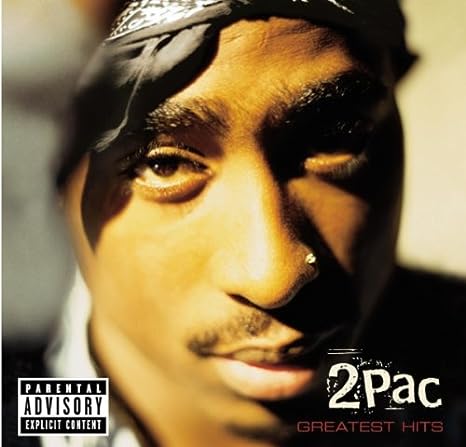 Usos are out and cutting a promo on Miz and Morrison as they enter Miz TV.  New Day is out next.

Well, until they turn on each other.  Miz and Morrison stand tall to end the segment.

When it comes to starring on the big screen, @JohnCena never saw it coming.