Randy Orton has discussed the possibility of him becoming a WWE coach after he eventually hangs his boots up for good.

Orton recently celebrated 20 years since his WWE main roster debut, and doesn’t seem to be slowing down in the ring at all.

Speaking with Louis Dangoor for GiveMeSport, Orton noted that he doesn’t believe a trainer role at the WWE Performance Center would suit him.

Detailing a role outside of the ring that he believes he could do, Orton said:

“I don’t really think I’d be a good coach because I would start to just ramble… It’s almost like I don’t know how to articulate myself to a group of green guys that are coming into the business that need to learn the basics.

“If there was three, four or five guys, a small group, and if we could go and talk and sit in the ring. If it could be like close quarters, just a small group of people where we’re not doing drills and stuff, but just talking and maybe watching tape, I think I’d be good in that aspect. 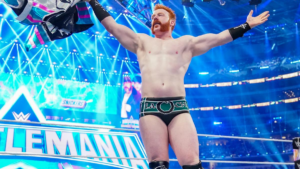 Orton is currently a Raw Tag Team Champion, alongside Riddle. The duo will team with Drew McIntyre to face off against Roman Reigns & The Usos at WrestleMania Backlash this Sunday.

RK-Bro were originally slated to face The Usos in a Winner Takes All title bout at the event. The real reason why this match was changed has now been revealed.

Stay up to date with WWE TV win/loss records for 2022 using our tracker at this link.