WWE star Sasha Banks has shared a video and photos of her car being broken into in Oakland, California on Tuesday (August 17).

She shared surveillance footage to her Instagram story of an individual dressed in black smashing the back windshield. She captioned this video:

“Have fun with the hair products 🖕🏾”

She shared follow-up photos of the damage, as well as a video of herself next to the car, in which she said: The former WWE Women’s Tag Team Champions haven’t appeared on WWE TV since walking out on the May 16 Raw taping. Following the walk-out, the duo were indefinitely suspended and stripped of their titles.

Banks and Naomi reportedly agreed in principle to return over two weeks ago.

WWE is currently holding a tournament to crown the next set of Women’s Tag Team Champions. 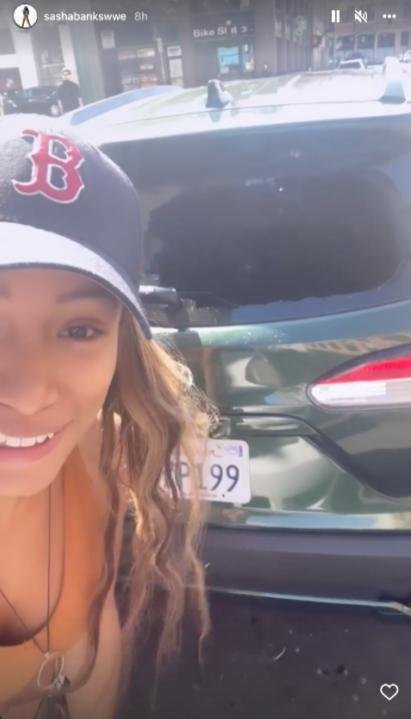