WWE is reportedly ‘very worried’ about this Friday’s (September 30) SmackDown taping, due to Hurricane Ian.

The hurricane has left more than 2 million people in Florida without power. While this week’s edition of SmackDown will emanate from Winnipeg, Canada, a large portion of the WWE roster resides in Florida, with the WWE Performance Center located in Orlando.

Per Dave Meltzer on Wrestling Observer Radio, WWE is hopeful that talent will be able to travel to the taping. Meltzer said:

“I know WWE’s very worried about Friday’s show because they have so many people from there. The hope was that it’ll be okay and people can get there from Tampa and Orlando to Winnipeg on Friday.” 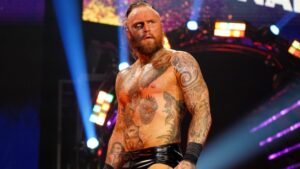 Earlier in the week, AEW President Tony Khan publicly stated that attending the company’s September 28 taping was optional for talent, to allow stars living in Florida to take care of business at home.

The changes that were made to plans for this week’s edition of Dynamite due to the hurricane have now been revealed.