Another Title Match Announced For Supercard Of Honor XII!

5 years ago by Wrestle Talk

Taking place just one night before WWE’s biggest show of the year, Ring Of Honor’s Supercard of Honor pay-per-view has given fans some incredible memories since its inception in 2006.

Traditionally broadcast the weekend of WrestleMania, Supercard of Honor has been home to incredible matches like Bryan Danielson (Daniel Bryan) vs. Roderick Strong for the ROH Championship, the Hardy Boyz vs. the Young Bucks in a brutal ladder match for ROH’s Tag Team Championships and, this year, offers fans the long-awaited main event of Cody vs. Kenny Omega. No, you’re salivating! 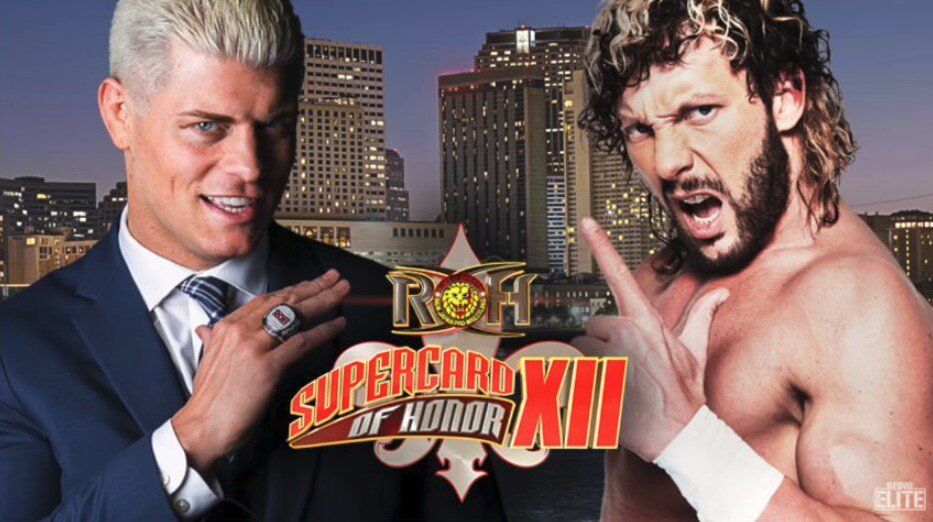 The Kingdom was actually ROH’s first Six-Man Tag Team Champions, but lost the titles to the Briscoes (Jay and Mark) and Bully Ray (Bubba Ray Dudley, as he is better known) in March 2017, following an injury to O’Ryan that led to Silas Young joining the Kingdom for one night only. This, of course, made the Kingdom claim that they never technically lost the belts, as they weren’t at full strength when defending them. I can only imagine this made Silas Young feel like a million bucks.

SoCal Uncensored won the belts from the ‘Hung Bucks’ (the Young Bucks and “Hangman” Adam Page) at ROH’s 16th Anniversary Show earlier this month in a Las Vegas Street Fight… because it was a Street Fight… and it took place in Las Vegas. And people say wrestling is complicated.

This has all the makings of a great match. All six men are extremely talented and there are two nicely interlocking stories going into the bout; the Kingdom is looking to reclaim the titles that they “never lost”, whilst Daniels and Kazarian are only (kayfabe) employed by ROH because they hold championships. This is because Kaz and Daniels threatened to reveal industry secrets and ROH expansion plans, something ROH COO, Joe Koff, surprisingly, didn’t take too kindly to.

Other great matches planned for Supercard of Honor XII include the final of a tournament to crown the first ever ROH Women’s Champion, Tomohiro Ishii vs. Punishment Martinez in a match to decide who defies the laws of physics more and Dalton Castle vs. Marty Scurll for the title of “Best Mildly Bird-Based Gimmick”. Oh, and the ROH World Championship too.

Supercard of Honor XII takes place on April 7, 2018, just one night before WrestleMania 34, and will emanate from the UNO Lakefront Arena in New Orleans, Louisiana.

11 hours ago by Laura Cude

18 hours ago by Dave Adamson

18 hours ago by Dave Adamson

21 hours ago by Dave Adamson