4 years ago by Wrestle Talk 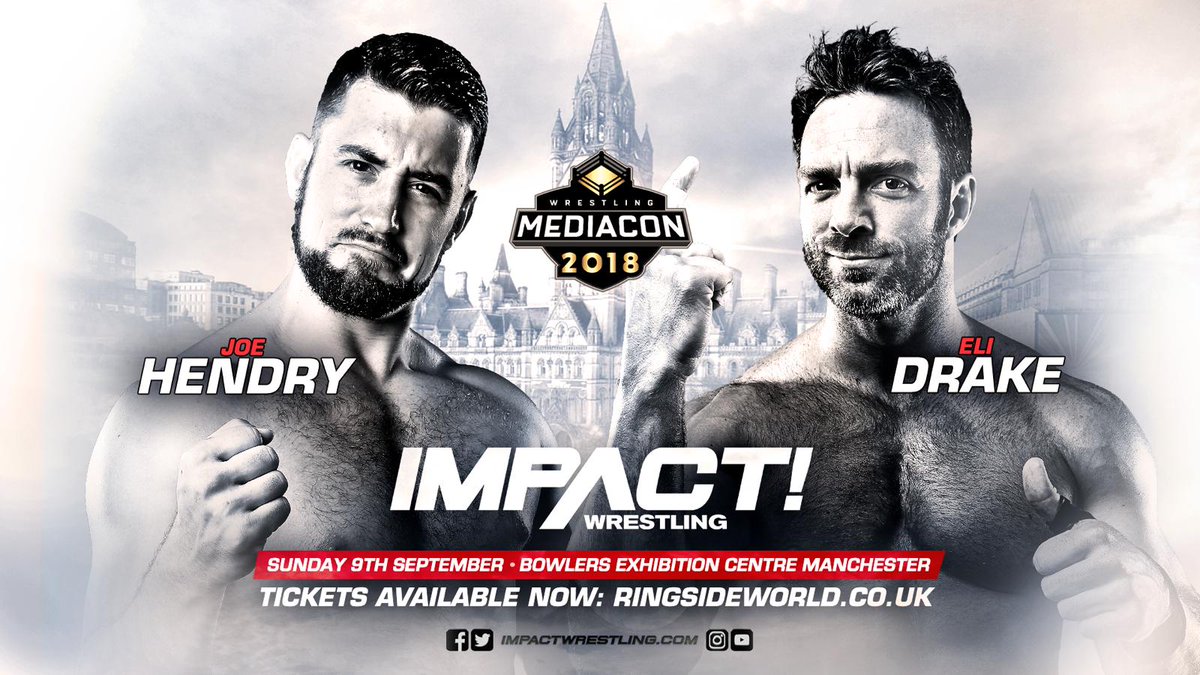 The biggest wrestling convention in British history just got even bigger with another huge match announced.

Hendry, British indie legend and current star of WOS Wrestling, has been battling Drake on IMPACT TV recently, with Hendry scoring a win over Drake on the July 19th episode of IMPACT and Drake and Trevor Lee beat Hendry and Grado in a tag team match on the 2nd August.

Both Hendry and Drake are excellent workers and incredibly popular in their respective circles; Drake, as mentioned earlier, has been a World Champion in IMPACT, and Hendry has held gold in various British promotions, such as WCPW/Defiant Wrestling and ICW.

The match will be a part of IMPACT vs The UK, a series of match pitting the biggest stars of IMPACT against some of the UK’s hottest independent talent.

Already announced for the show are IMPACT Tag Team Champions, LAX, defending the belts against British wrestling icons, Jody Fleisch and Jonny Storm, and what promises to be a brutal hardcore match between Sami Callihan and Jimmy Havoc, which is like King Kong vs Godzilla, only both King Kong and Godzilla are wrapped in barbed wire, carrying baseball bats and jacked up on Red Bull and Skittles.

Other Impact stars announced for Wrestling Media Con (but without a match yet) include Su Yung, Matt Sydal, Eddie Edwards and Moose.

Wrestling Media Con takes place on the 8th and 9th of September 2018 at the Bowlers Exhibition Centre in Manchester. If you want to see how Eli Drake vs Joe Hendry plays out, you’re going to have to buy a ticket.

Who do you think will win the Hendry vs Drake match at Wrestling Media Con? Which

Former AEW Star Hopes Others Will Be Inspired By His Departure