AEW’s first video game venture, AEW: Fight Forever, is tentatively slated for a September 2022 release, and is reportedly slated to feature a roster of around 50 wrestlers.

A report emerged from Fightful Select that the roster for the game is set to feature ‘unfortunate, notable omissions’, and that isn’t where the rumours about the game end.

Sports Gamers Online is reporting that the relationship between AEW Games and Yuke’s, specifically Kenny Omega, has not been positive, with Omega reportedly finding himself frustrated and ‘hating’ working with Yuke’s, with one person claiming that it has sometimes come across as if Yuke’s was trying to ‘take advantage’ of Omega’s inexperience in this position. 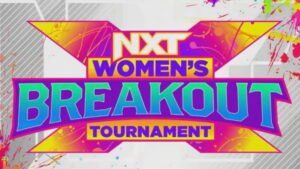 There have reportedly been multiple arguments over the game’s direction, as well as constraints on development. The game has reportedly had several budget issues that have led to a number of features of the game either being less than originally planned, or cut altogether.

The constraints have led to the roster size of 50 wrestlers, which is less than originally planned, but AEW does want to increase the roster size via DLC post launch as the game is not being made for a yearly release. However, before committing to a fully-fledged DLC plan, Yuke’s is pushing for a long-term agreement for future game development, which isn’t something that AEW is ready to commit to.

Due to how things have gone during development, there are people in both parties believing this may be a ‘one and done’ arrangement between AEW and Yuke’s, with one saying:

“It can be repaired, but it comes down to desire. If either side doesn’t want to continue, then AEW will look for a new partner.

“Yuke’s will almost certainly sign on for it and is even pushing for it, but AEW is nervous about any long-term deal after this.”

For a list of all confirmed members of the roster for the AEW video game, click here.

1 week ago by Andy Datson

1 week ago by Andy Datson

Backstage Report On Which AEW Stars Have Been Reinstated After Suspension