AEW’s upcoming console game ‘Fight Forever’ is set for release later this year, and we still have a lot of stuff yet to be announced for the game.

A report emerged last month that due to time constraints, the roster for the game would feature several ‘notable omissions’. 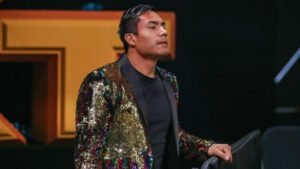 Tony Khan recently spoke about the game on the Talking on a Corner Podcast, where he provided an update on the game’s roster, and any potential DLC for the game.

“I’m not gonna put an exact date on it. But we’ve put a lot of time and effort into the development of this game. It’s gonna be great. A lot of the great stars of AEW are in it, and a number of people who’ve come in, even in the past year, will be featured in that game, and a lot of big stars have come in in the past year, and we’ve added some stars along the way that I think are really important to get in the game for everybody.

“So we’ll have a great roster when we launch, and then we’ll still be able to add people through DLC as we go, but making sure we get the best possible roster when we start. We’ve signed so many wrestlers in the last year, especially in the recent months. We may not be able to get every single person in, but people that have signed pretty recently, we’re still trying to get some of the biggest names in because we think that’s the best chance for the launch of the game is to have some of the biggest stars in the world of wrestling in the game, and we already had a lot of them, and we’re adding more.”

For a list of all stars confirmed for the roster of the game so far, click here.

Reports emerged last month that Kenny Omega was ‘hating’ working alongside Yuke’s on the game.