Jacobs was running unopposed and brought in 24,675 total votes. Kane now moves on to the general election on August 4 where he will be running against the Democratic primary winner, Debbie Helsley. 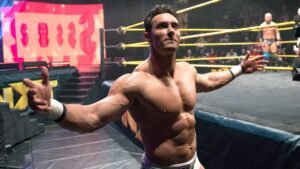 “Now more than ever, we must stand strong to defend our conservative values, and as your Mayor, that’s exactly what I will do. I’m humbled by your support and thank each of you for entrusting me to be your Republican nominee, and together, we will win in August to ensure Knox County remains the best place to live, work and raise a family.”

Glenn Jacobs won the 2018 Republican primary election by only 17 votes and won the general election by garnering 66% of the vote over Democratic candidate, Linda Haney.

Tonight was a victory for our Knox County conservative values. I can not express my gratitude to everyone who has shown me support over the past months! It is my honor to serve as your Mayor. Read my statement here → pic.twitter.com/0zYFNfhTiT

Kane recently showed off his new physique thanks to DDP Yoga on social media, which you can see here.

Sean Waltman Calls Out Kane Over A Controversial Take

Kane Shows Off Incredible Physique Thanks To DDP Yoga (Photo)