It’s Tuesday morning and the start of a new month, so what better way to start it all than by getting caught up on all the latest wrestling news with our news bulletin for November 1, 2022.

The Sasha Banks rumors continue, following on from a report that she was still under contract with the WWE.

“She went to Mexico City last night (Sunday night) where WWE ran at Arena Ciudad, and she was a special guest, but she was not on the show. The fans never saw her, but she was there. I think that is kind of a sign that… you would think that means things are certainly on a pretty good relationship between her and WWE. I don’t know anything updated on the contract, but if it was very tense or anything like that, she (wouldn’t have been) the guest of honor backstage.” Under contract or not, things are looking much more positive than they did following her walk out with Naomi in May 2022.

Banks did recently tease a return to wrestling – she appeared to be training with LuchaLibre Barcelona and was pictured with TJPW’s Miyu Yamashita who recently wrestled for AEW.

Who’d have expected big news from the ‘go home’ episode of Raw as WWE builds up to WWE Crown Jewel on November 5?

On the October 31, 2022 episode of WWE Raw, Asuka and Alexa Bliss made their return to WWE television and scored the win over Damage CTRL’s Dakota Kai and IYO SKY to become the new WWE Women’s Tag Team Champions. 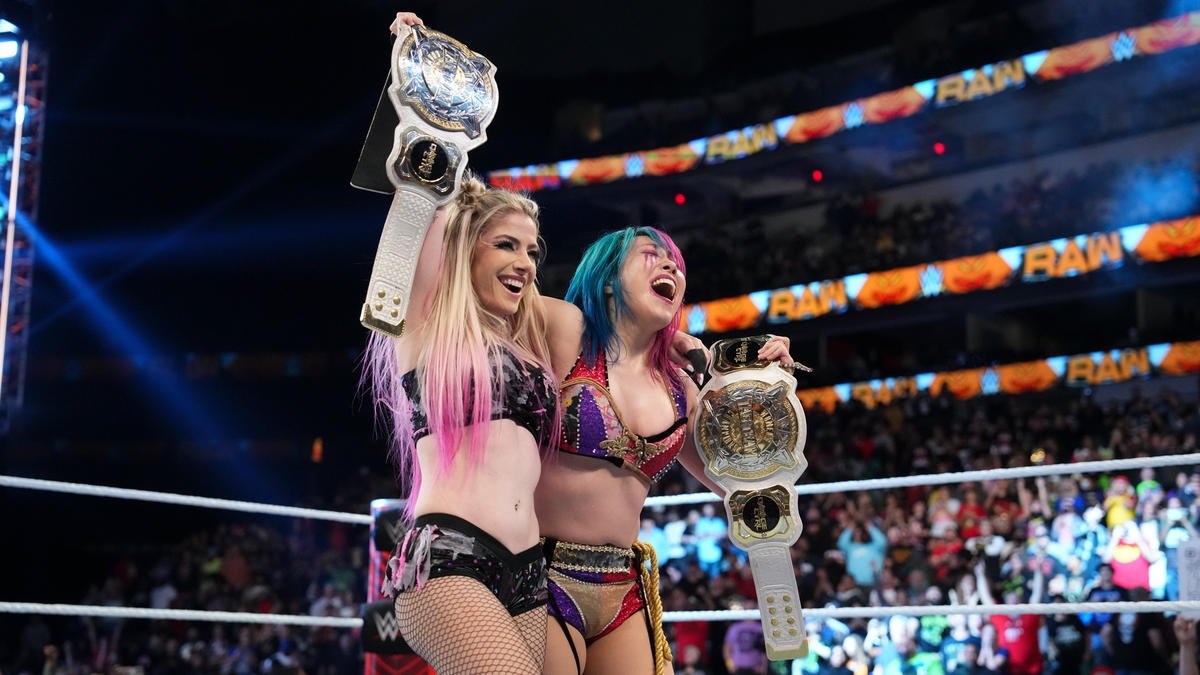 The rest of Raw gave us:

Triple H Booking Plans ‘On Pause’ Because Of Sami Zayn

Despite being a must-watch presence on WWE TV, plans for Kevin Owens have been put ‘on pause’ due to how popular Sami Zayn has become in the Bloodline storyline.

WrestleVotes spoke exclusively to GiveMeSport about the situation, saying:

“He was pegged to get involved with Sami and The Bloodline, but that’s white hot right now. Those plans from what I’ve been told are definitely pushed back, but they’re not off, because the plan is for Kevin Owens to be with Sami Zayn.” 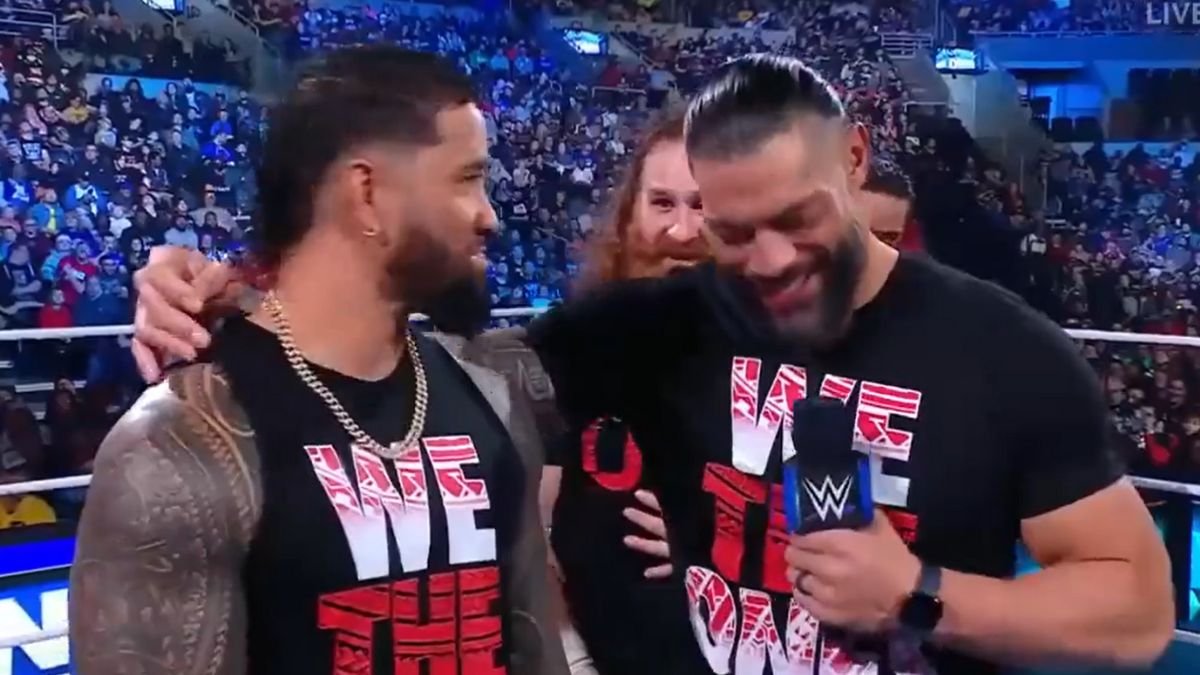 The combination of Owens and Zayn has proven to be a killer pairing on television, so it makes sense that Triple H would want to visit this option at some point in the future, though he’s clearly not in a rush to do so, as Wrestlevotes explained:

“Whatever they had planned for Kevin Owens is totally on pause because this stuff with Sami doesn’t come around often. This was supposed to be a little three, four week comedy deal, and it’s getting big.”

With news of Great Muta vs Shinsuke Nakamura taking place at the NOAH The New Year event on January 1, 2023, it was reported by Tokyo Sports that the recent negotiation wasn’t the first time that NOAH had approached WWE, as the Vince McMahon had initially rejected the idea.

Reports emerged that WWE’s Gabe Sapolsky was recently spotted at Defy’s Kingdom Come show in Chicago, Illinois, with speculation leading to the possibility that, even if he were just watching the show, he could have been scouting independent wrestling talent.

Another celebrity could be in line for an AEW appearance if an exchange on Twitter between Swerve Strickland and hip-hop artist Bow Wow, which caught the attention of Tony Khan, is anything to go by.

Having caught the attention of Tony Khan, Bow Wow then made his next move, offering to take out Jade Cargill after his first win, only to be rebuffed in brutal fashion, as Cargill tweeted: “You can’t afford me Bow. Thanks but no thanks.”

The November 4 episode of WWE SmackDown is now scheduled to air on FOX instead of FS1 due to Friday’s World Series game being rained out. 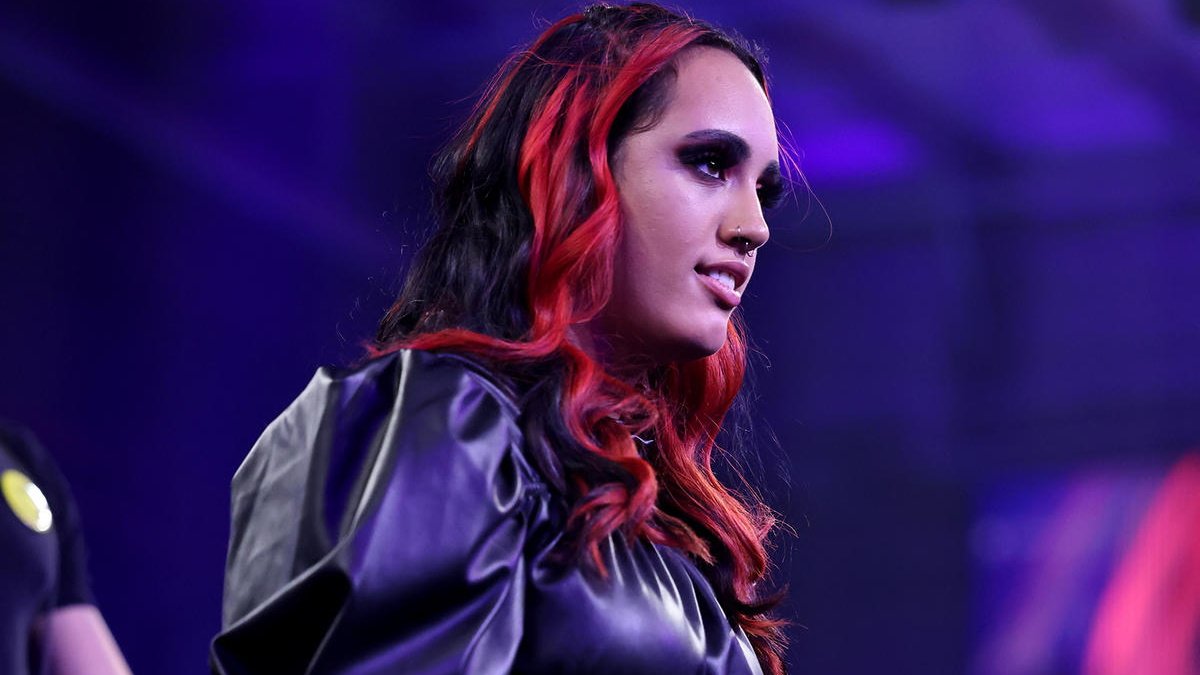 Ava Raine, the daughter of The Rock, was revealed to be the mystery member of the Schism last week

Following Carmella’s emotional Instagram post where she revealed she underwent surgery for an ectopic pregnancy, WrestleTalk sends Carmella, Corey Graves and their families condolences during this time, and praise Carmella for speaking out about such an important subject.

49 mins ago by Amanda Savage

11 hours ago by Liam Winnard