More WWE merchandise for The Fiend has been released, despite Bray Wyatt’s notable departure at the end of July.

On July 31, Wyatt was released by WWE, following 12 years with the company. Despite Wyatt leaving WWE, a holiday-themed Funko Pop figure has been released. The figure is exclusive to Wal-Mart: 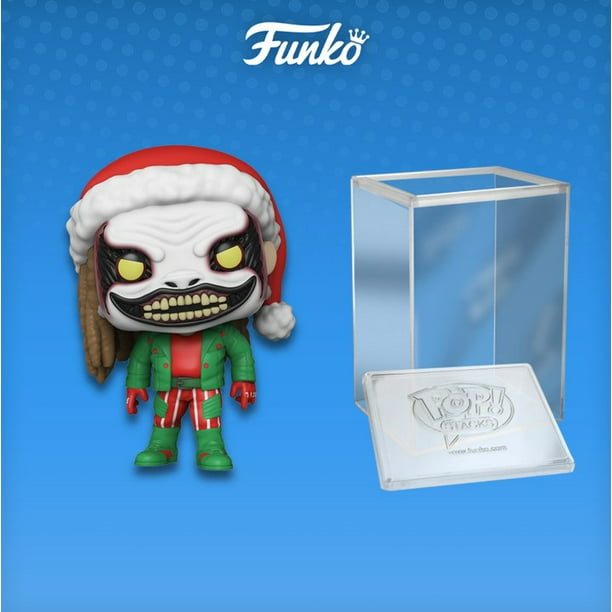 According to PWInsider, Wyatt-related merchandise, including masks and t-shirts, were sold at the WWE SummerSlam store in Las Vegas last week.

Wyatt is still under a WWE non-compete clause, so cannot begin negotiations with other promotions until it expires.

It was previously reported that Wyatt will likely join AEW after he officially becomes a free agent. IMPACT Wrestling is also reportedly showing interest in signing the former Universal Champion.

Following his WWE release, Wyatt confirmed speculation that he foreshadowed his departure with his final onscreen appearance for the company.