WWE has announced another match that will be added to the card at this year’s Extreme Rules premium live event on October 8 in Philadelphia.

At Extreme Rules, The Brawling Brutes and Imperium will look to rip each other apart in a Six-Man Tag Team Good Old Fashioned Donnybrook Match.

The two dangerous factions have been at each other’s throats for some time. In the wake of the hard-fought Intercontinental Title Match pitting GUNTHER against Sheamus at WWE Clash at the Castle, Imperium stood tall over their tough-as-nails adversaries in a brutal Six-Man Tag Team Match on the Sept. 9 edition of SmackDown.

In the height of the title contest the following week, however, Imperium refused to let their Fatal 4-Way loss go unanswered. In an absolute melee, GUNTHER, Kaiser & Vinci suddenly attacked The Celtic Warrior at ringside and the distraction ultimately cost Ridge Holland & Butch the gold.

Now, just one day after GUNTHER’s title rematch against Sheamus on the Season Premiere of the blue brand Oct. 7, The Brawling Brutes with once again go to war with The Ring General and his ruthless cohorts in a matchup tailer made for their aggressive rivalry, a Six-Man Tag Team Good Old Fashioned Donnybrook Match.

Brace yourself for an absolute free-for-all brawl with numerous weapons at every turn that guarantee a display of all-out mayhem. Embrace the carnage at WWE Extreme Rules on Saturday, Oct. 8, at 8 ET/5 PT, streaming live on Peacock in the United States and on WWE Network everywhere else. 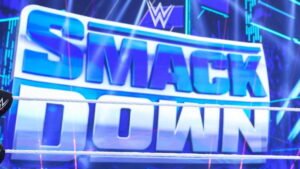 A day before this match at Extreme Rules, Gunther and Sheamus are scheduled to face each other in a rematch for the Intercontinental Title on the “season premiere” of SmackDown.

The first Intercontinental Title match the two had, which took place at Clash At The Castle on September 3, received critical acclaim.

It was only the second main roster WWE match to receive five stars from Dave Meltzer in over 10 years.

This means the card for Extreme Rules so far is now as follows:

Spots From The Men’s WarGames Match You Have To See!